Moscow Funeral League presents “Where Death Is My Hope “ — the debut work of the Spanish band FUNERALIA!
We can definitely recommend this mini-album, performed in best traditions of slow death / doom of early nineties of the last century, to all connoisseurs of Visceral Evisceration and early Celestial Season!
It is a baroque and an atmospheric musical material, adorned by dialogues between the heavenly soprano and the excellent (female) growls. 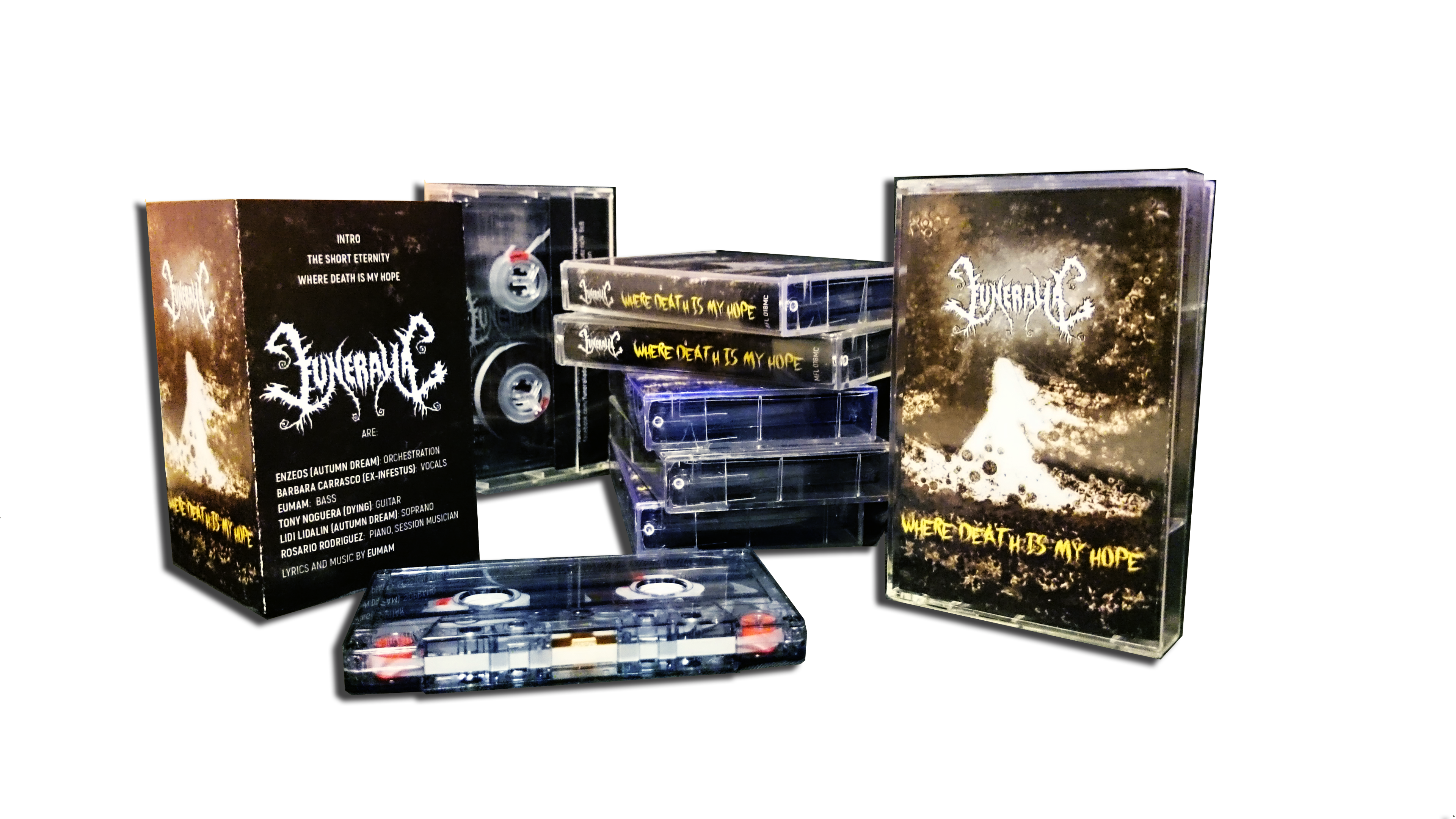 This is the first album released by the Moscow Funeral League, published on audio cassettes!
Limited edition: 100 copies.